These are the plot to impeach the lagos state government ‘AMBODE’

Here’s all you need to know about Ambode’s latest troubles:

1..Of the 34 lawmakers who spoke during what was a heated plenary session, 28 called for Ambode’s impeachment, with six of them asking the governor to tender his resignation.

3..The lawmakers expressed their intention to impeach Ambode through a voice vote. 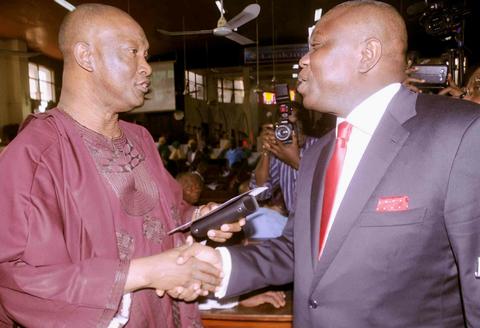 State lawmakers say he should have brought the budget to the floor of the house himself and presented same before them, instead of sending aides to submit the budget proposal on his behalf.

5..It took House Speaker, Mudashiru Obasa, to calm irate lawmakers who were apparently spoiling for a showdown.

6..Obasa pleaded with his colleagues to give Ambode some time to correct himself.

7..The Speaker said: “The attorney general, finance commissioner and commissioner for budget and economic planning that ought to have advised the governor did not do so.

“The most important thing is that we should let the people know that a budget that has yet to be approved was being spent, which was why we could not attend to the governor on the budget on Monday 21, January.

“We must give them a fair hearing to come and explain what happened.

“The point has been made that there must be something before the House before you can commence expenditure. We want to call on the governor to come within a week to explain himself along with the governor.

“We can start gathering signatures for impeachment. We can wait till another time.”

8…The Lagos governor has been given one more week to make an appearance before lawmakers to defend his budget estimates or be impeached. 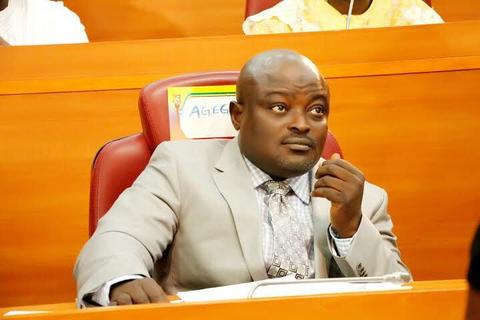 9..Ambode fell out with lawmakers after the House endorsed the APC governorship candidature of Mr. Babajide Olusola Sanwo-Olu who went on to beat Ambode during the primary election of October 2, 2018.

10..Lagos APC lawmakers, like other APC chieftains across Lagos, can’t stand Ambode at the moment.

The governor also knows this and is snubbing the lawmakers because he can’t stand them as well for ‘betraying’ him back in October 2018 when Sanwo-Olu emerged favorite and eventual governorship flagbearer, a move that perished Ambode’s second term ambition and one which will see him exit Alausa Govt House on May 29.

11..There are insinuations in Lagos APC circles that Ambode has become the enemy within, one who is secretly sabotaging Sanwo-Olu’s campaign and backing an opponent behind the scenes.

12..APC faithful have cited the violence that broke out at the Lagos APC governorship campaign flag-off of January 8, 2019–where Ambode appeared to continue with his speech even though mayhem was playing out right before him–as one evidence that he isn’t really onboard Sanwo-Olu’s election campaign and is working with the state security architecture to derail the campaign of a man who was once his opponent; and who he openly called a mentally unstable junkie at a world press conference.

Ambode also recently threw shades at a former governor of a Southwest state at a public function. This governor worked in cahoots with godfather Asiwaju Bola Tinubu to derail Ambode’s second term plans. 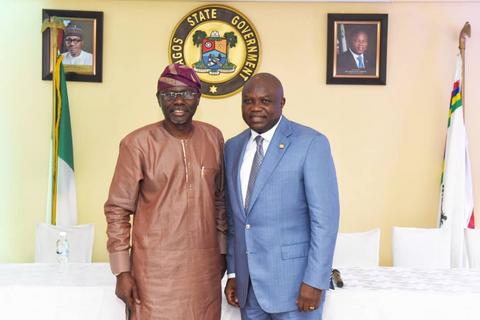 13…. We have been told that Ambode’s planned impeachment is more political than fiscal and that the budget excuse is merely a smokescreen.

14…  We have not been able to independently verify these allegations, as calls placed to the mobiles of Ambode’s media aides are never answered nor returned these days.

Related Topics:What you need to know about the plot to impeach GOVERNOR AMBODE.
Up Next

We are not in bondage… Agbaje has notting to offer LAGOSIANS…. Sanwo Olu